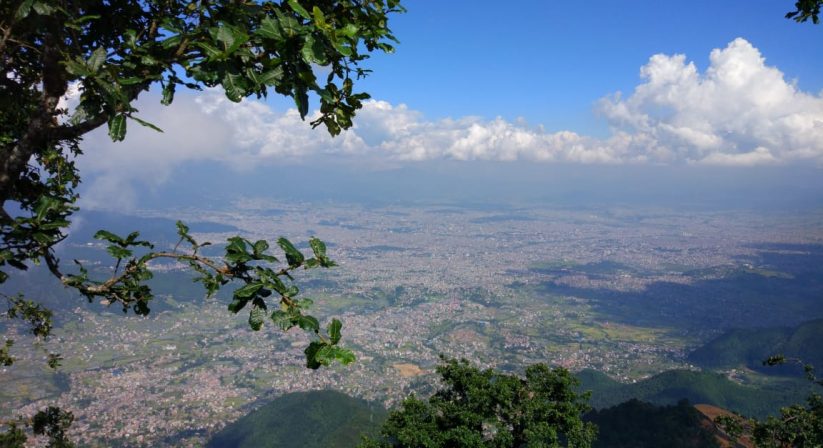 view of Kathmandu valley from top of chandragiri 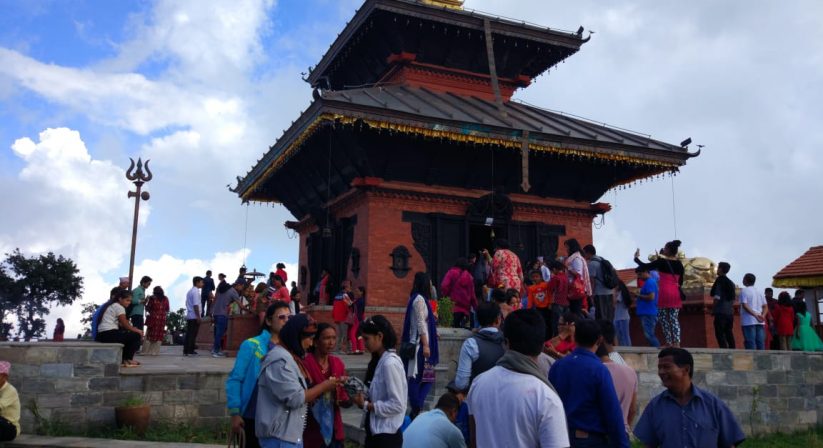 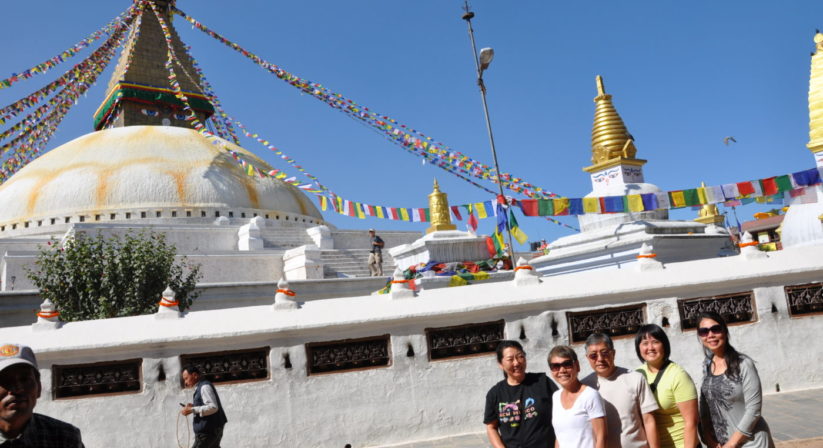 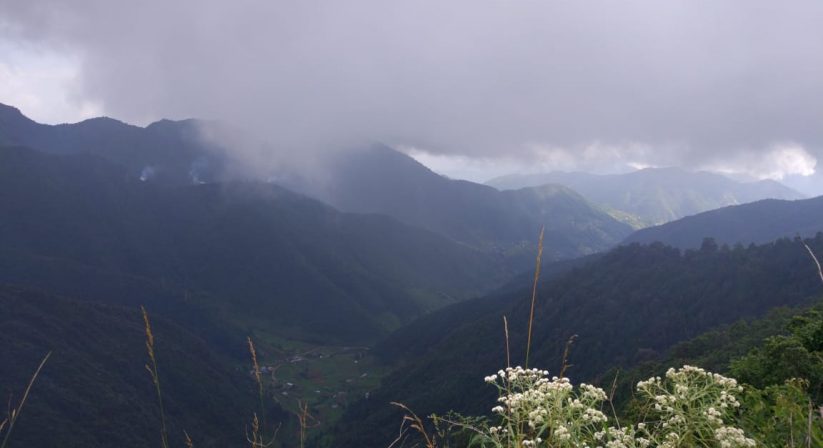 views with cloudy from chandragiri 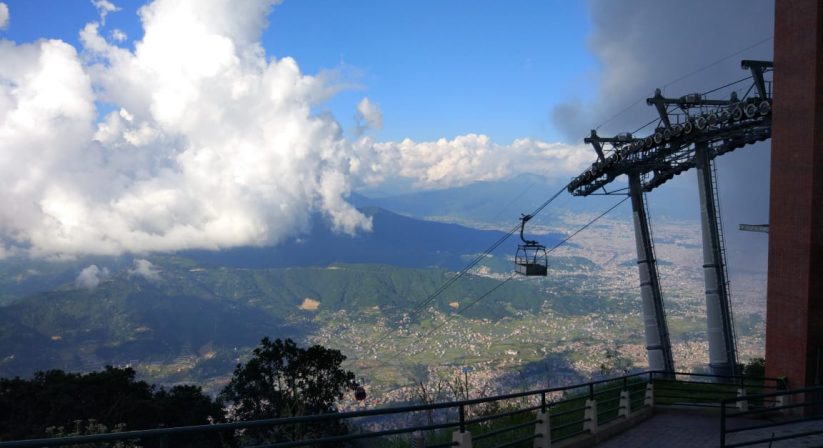 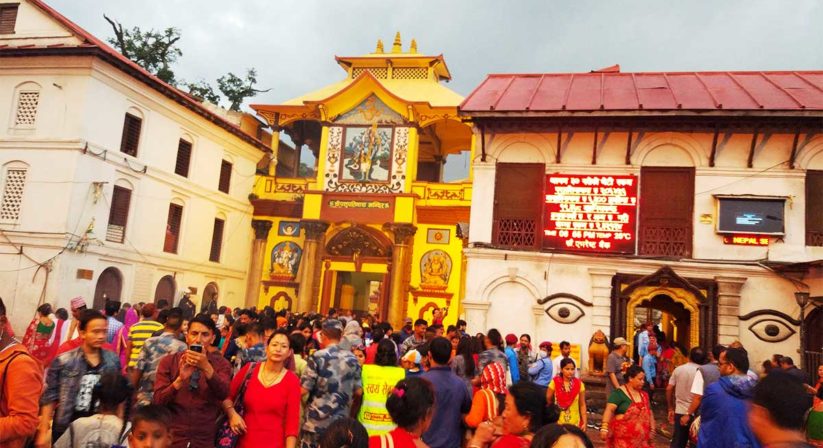 outside of pashupatinath temple 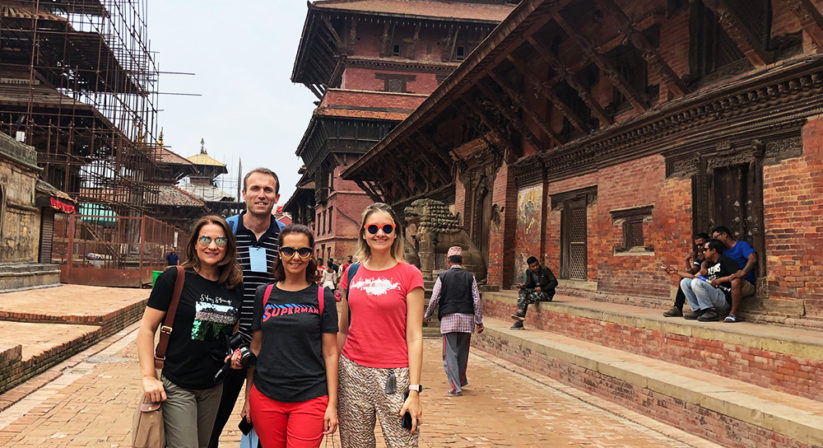 Everest Vacation’s guide will pick you from airport or from your hotel and will head towards Boudhanath. The biggest stupa in Nepal and the center of Tibetan Buddhism, Boudhanath is a peaceful place to spend the evening. You can join the hundreds of devotees circumambulating the premises.

After Boudha Stupa, short drive to Pashupatinath, a Hindu temple. Pashupatinath, devoted to the Hindu god of destruction ‘Shiva’ is one of the supreme Hindu shrines in Nepal. The temple complex consists of over 500 small and big shrines, Shiva Lingam, and Chaityas. The main pagoda is two stroyed with a golden Gajur in it enclosed within four big doors. In the banks of holy river Bagmati, this temple is an ideal place to learn about Hindu culture and tradition in the valley. Numerous legends give us the origin of the Temple and its constituent shrines. The temple gets most devotees in the festival of Shiva Ratri from all around the world. You can spend some time in the banks of Bagmati witnessing the Hindu form of cremation. A heartwarming scene, teaching you the meaning of life and what comes after.

From Patan, we will take a ride to Chandragiri. The day tour of Chandragiri is a tour packed with spiritual, scenic and adventurous delights on the western hills surrounding the Kathmandu valley. With majestic views of the Himalayas far in the north and a refreshing breeze embraces you at this natural amphitheater here. The drive through the vibrant streets of Kathmandu will lead you to the base of this amazing destination. Taking a mesmerizing cable car ride over the green hills treating you with waves of unobstructed mountain views escorts you to the top of Chandragiri Hills. Perceiving the legends alongside the Hindu devotees, feel the spiritual experiences in the temple of Bhaleshwor Mahadev. A family getaway to this panoramic piece of heaven will give you a pristine slice of adventure within a short period. From Everest, Annapurna, and Langtang mountain ranges, to the birds-eye view of Kathmandu Valley, nurse your soul and senses with Chandragiri day tour.

If you are looking for day tour of Kathmandu with nature’s delight in Chandragiri, contact Everest Vacation for your best day tour.

via WhatsApp via Telegram

Our guide from Everest Vacation will pick you from your hotel or airport. Then after tour of Boudhanath, Pashupatinath & Patan Durbar squre, our guide & driver will start for a relaxed drive (30-40 min) to the foothills of Chandragiri. After reaching Thankot, we will take the cable-car tickets to the top here. This fantastic and scenic ride of about 9-12 minutes will give you a perfect view of the landscape surrounding Chandragiri. We will visit the Bhaleshor temple and the view tower here after arrival. The panoramic view of the Everest, Gaurishankar, Langtang, Annapurna, and other beautiful snow-capped ranges from the hilltop is fantastic. You can enjoy your time here, exploring the area. We will then take the return trip down to Thankot and drive back to your hotel or airport. You'll return with some majestic memories and a step closer to nature from this vacation.

via WhatsApp via Telegram